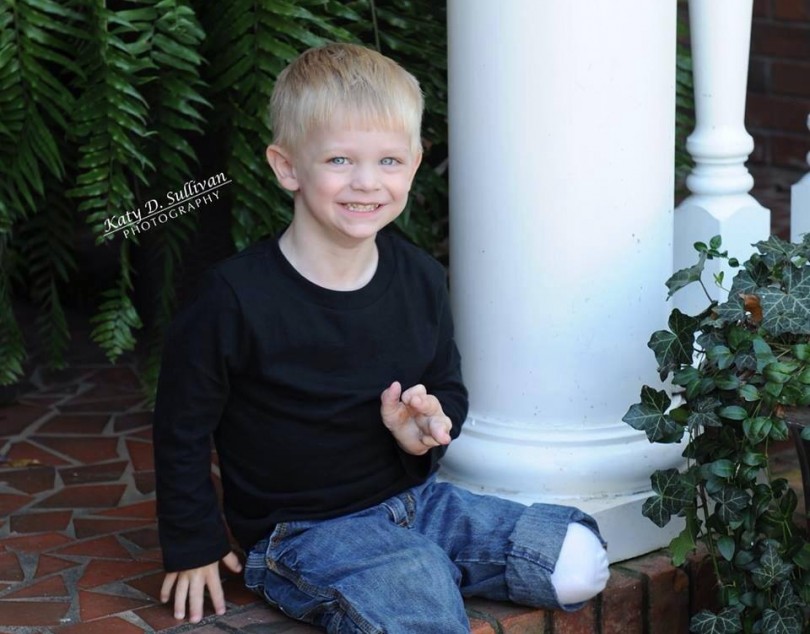 Summer Crewsonberry had a normal pregnancy, and when she went into labor at 37 weeks, she expected to give birth to a normal baby. Instead, her son Trey has a rare syndrome. He’s one of only 200 known cases of Proteus in the world, and he is Summer’s entire world. Proteus Syndrome is a rare overgrowth of tissue, bone, vascular, organs. It actually affects Trey on his entire left side. They gave him a life expectancy of 31, but they also told us he’d never walk.”

“It was never caught in ultrasounds during my pregnancy, but his umbilical chord had blood vessels in it, and it had intestines in it so thick he was losing oxygen. At 18 hours, he had his first surgery. At about 5 months old I could tell one leg was kind of dangling, and his ring finger was a little big. As he grew older, his skin started getting really rough and wrinkly and extremely thick. We tried everything. Gave him braces. He just couldn’t walk because there was just too much pain and too much bone overgrowth. After 3 orthopedic knee surgeries to try to correct it, there was no correcting that we could do, so in August of last year, we had a leg amputation.

Everyday is a struggle for him. The past 4 months really, is the first time he’s ever walked. He’s getting a finger amputation this fall. He’s having a little bit of kidney failure, but medicine is working to correct that. “It’s kind of tough, not knowing what’s going to happen tomorrow, but I always tell myself, faith for today, hope for tomorrow. Take care of today, and we’ll go there tomorrow. He’s opened my eyes to the things I used to take for granted. There are only 200 known cases in the world, and there are no children living with it right now. That has been my ultimate goal is to educate, so that way the next baby that’s born here with it, they’ll catch it.