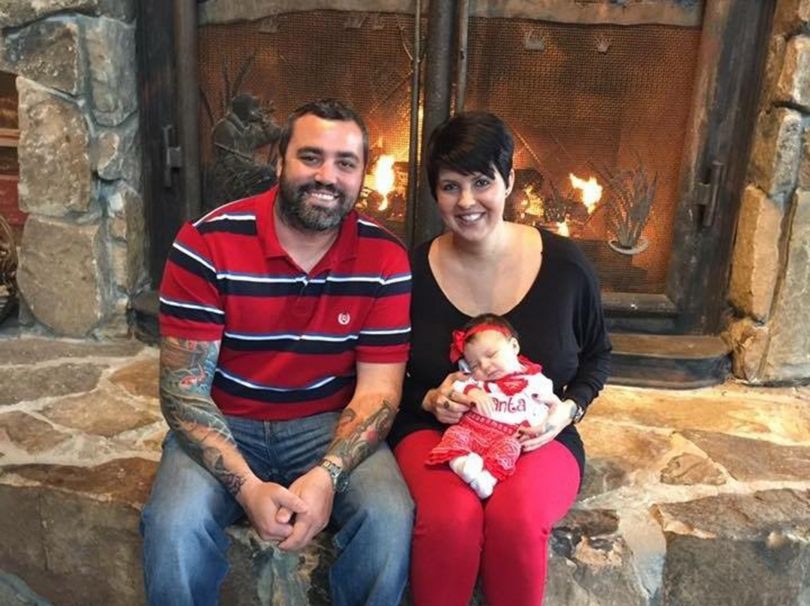 That was the day her doctor in Macon had to tell her and her husband, Ryan, that she would never have a baby of her own.

The couple, who live in Warner Robins, Georgia, just south of Macon, had been struggling to become pregnant for two years.

“I had never been on birth control since we were married, and I never conceived,” said Shelly, who celebrated her fourth wedding anniversary in January. “So in my mind, I knew something was wrong, but I didn’t know what it was.”

But when they met with fertility specialist Dr. William Butler in Macon, he gave it a name: endometriosis, a disorder that affects 1 in 10 women in the United States, in which the tissue lining the uterus grows out and envelops the ovaries, fallopian tubes and other pelvic organs.

Shelly’s disease was stage IV, the most severe, and she would go on to have two surgeries, spaced four months apart, to remove the overgrown tissue. Then her specialist tried intrauterine insemination. It didn’t work, and rather than waiting, he suggested the next step: in vitro fertilization.

But instead of a large program in a big city, Butler recommended Dr. Larisa Gavrilova-Jordan and Augusta University Reproductive Medicine and Infertility Associates.

“Someone I talked to went to a big city for her fertility treatment and said it was more like cattle being herded through an office,” Shelly said. “I didn’t want that experience—I wanted to feel a connection. We chose Dr. Gavrilova-Jordan, because our doctor spoke so highly of her and of the small office and its personal atmosphere.”

That first office visit required a six-hour roundtrip and signing “probably 200 pieces of paper,” but the experience was everything Shelly had hoped for.

“Dr. Gavrilova-Jordan was just very upbeat and very happy,” Shelly said. “She never made me feel like I was broken. I just had so much hope with her. I knew this was the person who was going to give me our baby.”

Shelly started the process, which also involved at-home injections to stimulate egg production. When an ultrasound scan showed that her follicles weren’t producing what was needed, Butler and Gavrilova-Jordan collaborated to place her on the highest dose possible.

“I ended up with three eggs, only on the right ovary, and only one survived extraction,” Shelly said. “Dr. Butler told me that at my age, I should have produced 10 to 30 eggs.”

That’s when he had to deliver the devastating news, as gently as possible, that Shelly would never be able to have a baby using her own eggs.

But he also suggested a solution, also available through the office in Augusta: egg donation.

For Shelly, it was a hard concept to wrap her mind around. She and Ryan took a break—a vacation to Disneyworld to clear their heads. The couple had already talked about all the options before they had even started the IVF process—selling their cars to get additional financing, and Ryan had already said he would gladly use a sperm donor if that was where the issue lay. Egg donation suddenly didn’t seem quite so foreign.

They came back from their trip and contacted Butler and Gavrilova-Jordan: “Let’s do it.”

About a week later, Shelly curled up in bed and turned on the computer to start looking at potential egg donors. Online egg banks typically feature a series of childhood photos, as well as basic health information, on potential donors. She started sobbing, and Ryan tried to close the laptop, saying, “This is too much, let’s wait.” But Shelly stopped him through her tears: “That’s her. I found her.”

The smiling girl with the tan skin, dark brown hair and eyes was a spot-on match to Shelly’s own childhood photo, “down to the same ugly six-year-old haircut.”

It was nearly 11 p.m., and the egg bank called immediately to let Shelly and Ryan know that the donor was indeed available, and once they signed paperwork and paid the fee, the eggs were shipped to Augusta.

Shelly began injections to suppress ovulation and prepare her body for pregnancy, and two embryos were implanted on February 15 at Dr. Gavrilova-Jordan’s office in Augusta. And on February 28, at Butler’s office in Macon, she had the best day of her life: “I found out we were pregnant!”

“When you’re going through fertility treatments, and you throw in an egg donor who’s not your DNA, it’s scary, but even though she came from someone else’s egg, I’ve had that connection with her from moment one,” said Shelly. “Sometimes I still look at her and think, ‘Is she mine?’ And my husband says, ‘No one is coming to take her away. She’s yours.’ It took me a long time to believe it was real, but she’s a perfect baby. She’s just amazing. And I would really like to say thank you to all egg donors. From the bottom of my heart, thank you!” 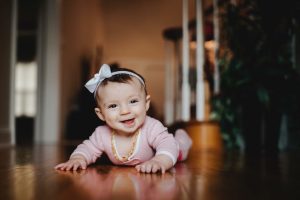 Augusta University Reproductive Medicine and Infertility Associates can help. Call us at 706-722-4434 or visit augustahealth.org/infertility.

To learn about our women’s health services and providers, call us at 706-721-4959 or visit augustahealth.org/women.

Leave a Reply to Linda X