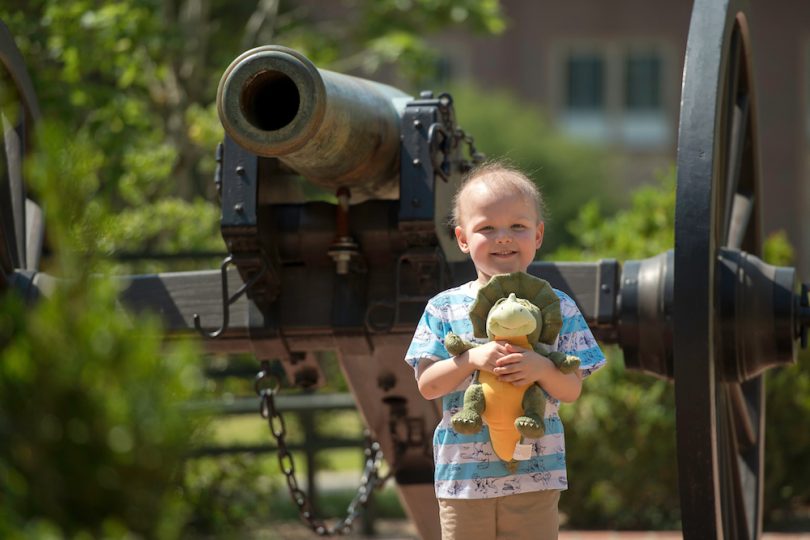 For Alex and Andrew, North Augusta is home. As in family, friends and where their roots are.

The move back home last year came at just the right time.

The family—along with 3-year-old son Lucas and 18-month-old daughter Lilly—was getting ready for a new teaching job for Alex and daycare for the kids.

That all changed in an instant.

“We noticed a bunch of bruises all over Lucas’ back,” said Alex. “We knew someone wasn’t poking him, and they weren’t going away. They just didn’t make sense.”

Then, as Alex was brushing his hair one night, she saw that his lymph nodes were swollen. Alarmed, she called her husband’s grandmother, who used to be a pediatric nurse. She was quiet. She suggested red meat—that maybe Lucas was low in iron. But she also suggested they see a doctor.

The thought in the back of her mind was also what Alex found when she googled Lucas’ symptoms: leukemia.

August 21, 2017, was the day of the solar eclipse, but it was also a day Alex and Andrew will always remember: It was the day they learned their son had acute lymphoblastic leukemia.

Their doctor had sent them straight from their appointment to the Children’s Hospital of Georgia emergency room for blood tests to confirm the diagnosis. “Lucas saw us and said, “What’s wrong, daddy?” said Alex. “He didn’t really understand what was going on. But he went with it. We didn’t make a big deal out of it with him. We said we need to get medicine and we’ll be home in a few days.” 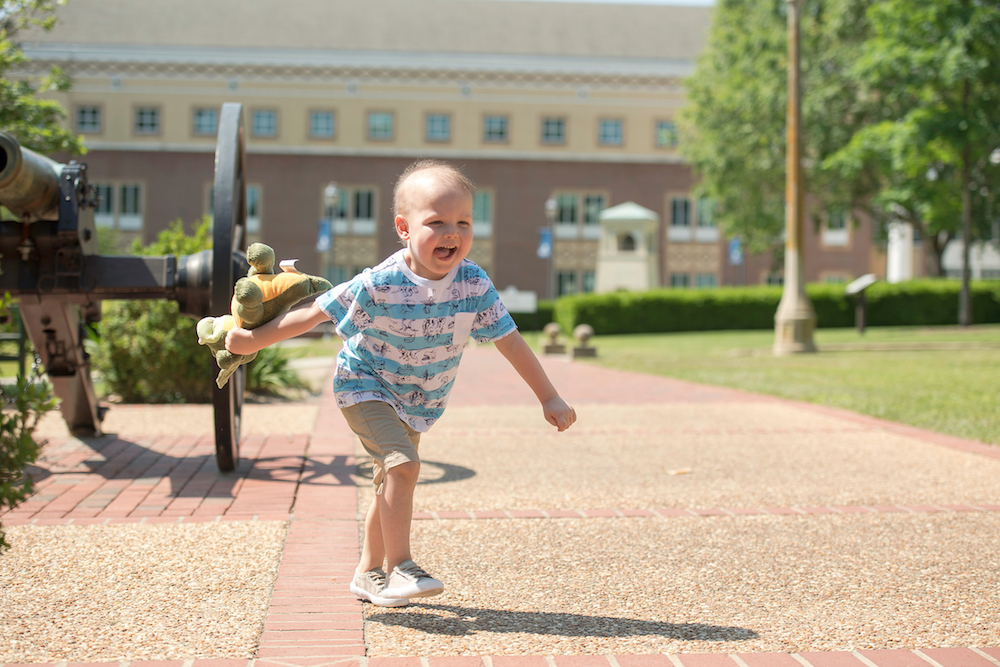 Those next few days were a blur. Lucas received a blood and platelet transfusion, then came his port placement, his first spinal tap, and a bone marrow biopsy.

And it would be just the beginning. Lucas’ doctors explained that he would need chemotherapy for the next nine to 10 months at least once or twice a week—unless his white blood counts were too low and he needed to take a break.

Leukemia isn’t staged like most cancers; instead, doctors talk about risk. Lucas was placed at standard risk. But then after a couple of weeks, doctors moved him to high risk and a more aggressive protocol since his leukemia blasts weren’t moving down as they should. By day 29, he was placed at very high risk.

The treatments were long—most in the outpatient pediatric cancer clinic, but some in the hospital. Lucas was a champ throughout, even on the tough days when the chemo would wipe him out. While he was declared in remission in December, he’ll still receive treatments through 2020. “He takes this stuff in stride,” said Alex. “He’ll say, ‘Are we going to clinic today?’ He gets excited to see his friends and eat snacks.”

Which is why Alex is grateful a million times over for the move home and for the Children’s Hospital of Georgia.

Both Alex’s and Andrew’s families have been there for them. Alex knew several of the nurses involved in Lucas’ care—one from high school. Then there are the new friends—the families in clinic going through just what their family has gone through, the principal of her school giving Alex all the time she needs, the doctors and nurses who sit and talk with them.

“We feel like the Lord brought us here, where we were supposed to be, for him,” said Alex. “The people here, they take care of you, they listen to you gripe and complain and cry, and they celebrate the wins. They’re doing it right there with you.”