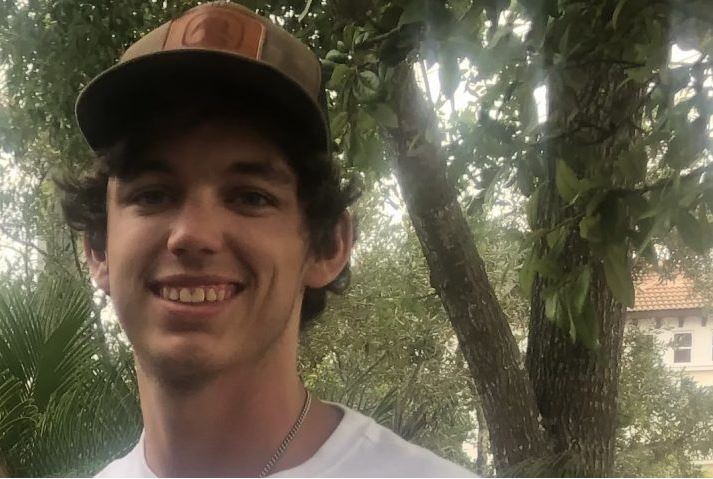 One of Blake Taylor’s biggest passions was playing soccer in high school. But in his junior year, he passed out twice on the field.

As time went on, he found himself getting easily tired and winded after minimal exertion.

“I was unusually pale and tired all the time,” he said. “I wasn’t able to do any extraneous activity. I played soccer in high school and I could barely get through a game without passing out. At first [doctors] thought that the cardiac muscles around my heart had gotten swollen and caused low blood flow.”

By the end of 2019, Blake and his mother Brandi Taylor went to Dr. Anil Puri, an internist board certified in pulmonary, critical care, and sleep medicine in their hometown of Milledgeville, Georgia, to find out what was going on.

“It was pretty scary,” said Blake. “At that age, you’re not sure what’s going on. I felt like I should have had a lot more energy left. I was getting bummed out about possibly not being able to play soccer again, and to be outside and do activities.”

After getting X-rays and an EKG, doctors were all still puzzled as to why Blake was constantly exhausted.

“I tried him on an inhaler and he didn’t improve with that,” Puri said, who then had Blake run on the treadmill. “He was really short of breath and sort of pale-looking, so this didn’t make a lot of sense.”

Puri had Blake go for a walk. “Within four minutes of walking, he dropped his oxygen saturation 87%, which is unheard of in a young, healthy kid.”

After a bubble echocardiogram in February 2020, Puri discovered that then 19-year-old Blake had a hole in his heart (a patent foramen ovale, or PFO).

“I wanted to get him to a place where he would get really top-notch care,” he said.

According to Arora, who is also an associate professor in the Medical College of Georgia, PFOs occur in developing fetuses before their lungs are able to function. The hole is then naturally closed after birth.

“In one out of four people, this flaplike structure fails to close completely,” he explained. “A majority of us don’t have any problem and don’t even know we have it because we don’t have any symptoms. PFOs are usually very small and inconsequential in adults.”

However, in some very rare cases, like Blake’s, it can cause major problems.

“After seeing him and assessing his symptoms and examining him, we decided to take the step to have this hole closed,” Arora said.

Brandi Taylor was naturally worried after learning of her son’s condition, knowing there was a 50% chance treatment would help him.

“My concern was what kind of quality of life he would have if we didn’t fix the problem,” she said.

Blake was optimistic and confident that the procedure would work. 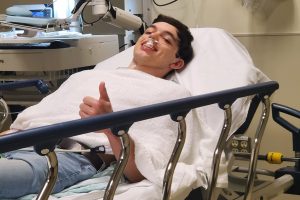 Despite the risks, Blake Taylor was confident the hole in his heart would be repaired.

Closing the hole used to require open heart surgery, but it can now be done in a minimally invasive fashion.

Dr. Sean Javaheri, an interventional cardiology specialist at AU Health, “went through a vein in the groin and was able to deploy a disc-like device across the hole to close it completely,” Arora  said.

Blake was impressed that Javaheri checked on him several times over the next 24 hours.

By the next day, Blake was released from the hospital. He thought he would need a lot of rest, but after a day or two, he felt a lot more energetic.

“I felt fine after just a few days,” he said. “It was very fast. I was actually really surprised.”

“I really want to give a big thanks to all the doctors and nurses and all the hard work they did, and how quickly they wanted to go in and make sure everything was OK,” he said. “They really did a great job.”

Brandi Taylor is relieved as well. “So far he is doing really good. He feels better; he’s not as tired; his coloring came back. We’ve been really pleased and happy with the result.”

Blake now feels even better than he did when he started playing soccer in high school.

“We had an awesome experience with all the doctors at AU,” Brandi said. “We couldn’t be blessed any better with wonderful doctors with what we were going through.”