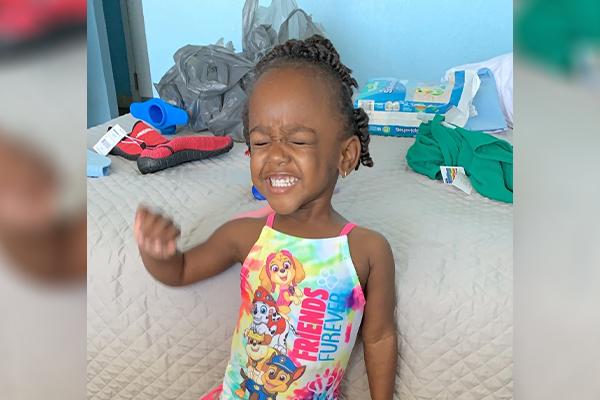 April and Brandon Byrd were pregnant with twin girls and went into labor at 22 weeks. “One day my water broke at 22 weeks. My OB advised me to go to the ER at the Doctor’s Hospital I was then transported to the Children’s Hospital of Georgia.”

One of her twin daughters, Briah, kicked through her sac and caused her water to break. “I went into pre-term labor. I stayed in the hospital for about a week and then Briah decided she wanted to come on out. Both of my daughters were born at 23 weeks and 5 days. A normal pregnancy is about 40 weeks, my girl’s were extremely premature. It’s called a ‘micro-preemie’”.

Briah, unfortunately succumbed, because she had too much trauma. She survived for about six hours. Brooklyn stayed in the NICU for 110 days. She was diagnosed with gastroesophageal reflux disease (GERD), global developmental delay, chronic lung disease, laryngomalacia, poor weight gain, suck-swallow incoordination, subglottic stenosis, grade 2 brain bleed, respiratory failure, patent ductus arteriosus (PDA) of the heart, and many more.

April and her husband, Brandon, were newly stationed at Fort Gordon in April 2018. “I went to my regular OB appointments at Eisenhower (Dwight D. Eisenhower Army Medical Center) at Fort Gordon and was eventually referred to the Children’s Hospital of Georgia to deliver our twins.

Twins do not run in my family. We had IVF and the first embryo that we transferred ended up in a miscarriage. The next time they decided to transfer two and both of them took. We had mono di (monochorionic, diamniotic) twins. Each baby had their own placenta. They were two separate sacs, so they were fraternal twins.”

When Brooklyn was born, she was not fully developed. Her retina was detached from her eye, they had not yet fused together. She had issues with swallowing and breathing and would have to be reminded to breathe independently. She heavily depended on the ventilator/oscillator to breathe for her for a majority of her NICU stay. Some of the things that typically develop over the course of pregnancy, Brooklyn had to develop on her own in an incubator. 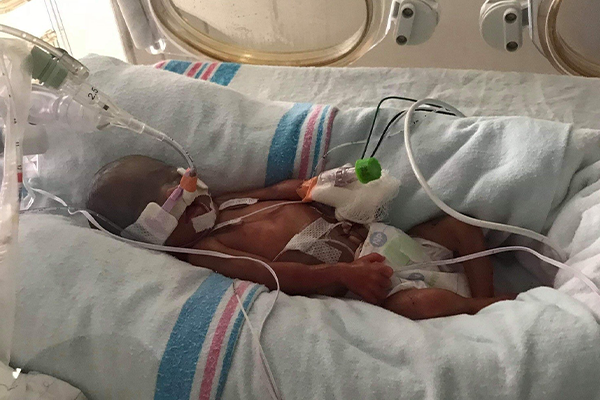 She had a NG tube during her time at the hospital. She had a hole in her heart and an infection. “We were in 7-U and something happened. She got really sick in August before we left and they gave her antibiotics to treat her. A lot of her issues have kind of resolved themselves.

The only thing connecting her to her experience and journey was a NG (nasogastric tube) tube. An NG tube is a feeding tube that is funneled down your nose to your belly. Brooklyn didn’t grow out of it, because she is very stubborn! We upgraded her to a G-tube, because she was eating but not enough. She was eating/drinking honey thick liquids, because she was aspirating.”

April was not able to breast feed because the milk was too thin, however she still received breast milk through her feeding tube. Brooklyn received honey-thick liquid and gradually moved to honey-nectar thick. “Brooklyn didn’t know how to cough if food went down the wrong tube, which could have led to pneumonia and we wanted to avoid that.” 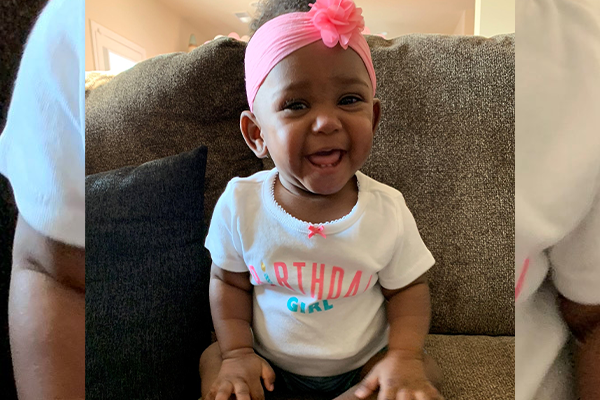 Brooklyn and her family received a lot of visitors. “I am originally from New Mexico and my husband is from Arkansas so we don’t have family in Augusta. We considered Brooklyn’s doctors, nurses, speech therapists, physical therapists and feeding therapists our family because we grew so close with them!”

April is thankful for all of the nurses and staff in the NICU. “They became our family. The NICU made us feel comfortable. When we first arrived in Augusta in April 2018, I was pregnant with twins and didn’t have family here. They really made it easier for us and we attribute a lot of her progress to this group. We are thankful to Dr. Pipkin, Section Chief for Pediatric Surgery, for placing her G-tube and Dr. Proctor for placing her ear tubes. We are thankful for Melissa Briggs, physical therapy assistant, Amanda Hutter, her speech therapist, and Dr. Pierce her pediatrician. They all worked together to pick up where the NICU left off and kept Brooklyn safe and healthy.” 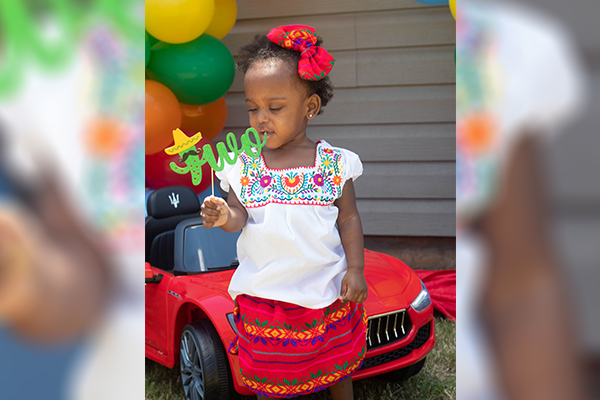 Before COVID-19, April would take Brooklyn back to the Children’s Hospital of Georgia to see some of the nurses and show them what they did to help her. “Some of the nurses turned into friends because that’s how much they care for Brooklyn.”

Today, Brooklyn is doing amazing! “She became a Children’s Hospital of Georgia Ambassador. That was such an honor to be chosen for that, because she has been through so much. Brooklyn doesn’t act like, move or look like a micro preemie. She is just a dainty, small 3-year-old. She is very independent, very headstrong, and smart. Everything that she has experienced and all of her diagnoses kind of fell off and she hasn’t had many issues.” 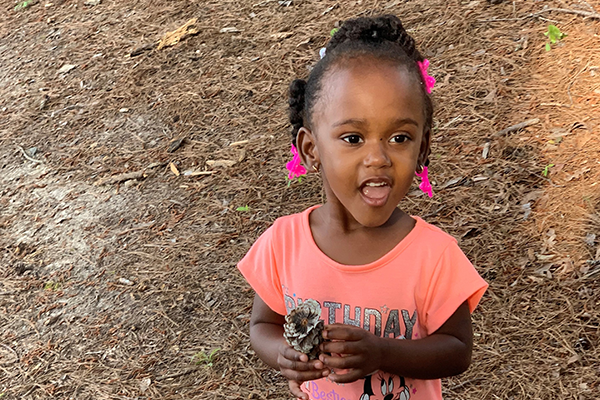