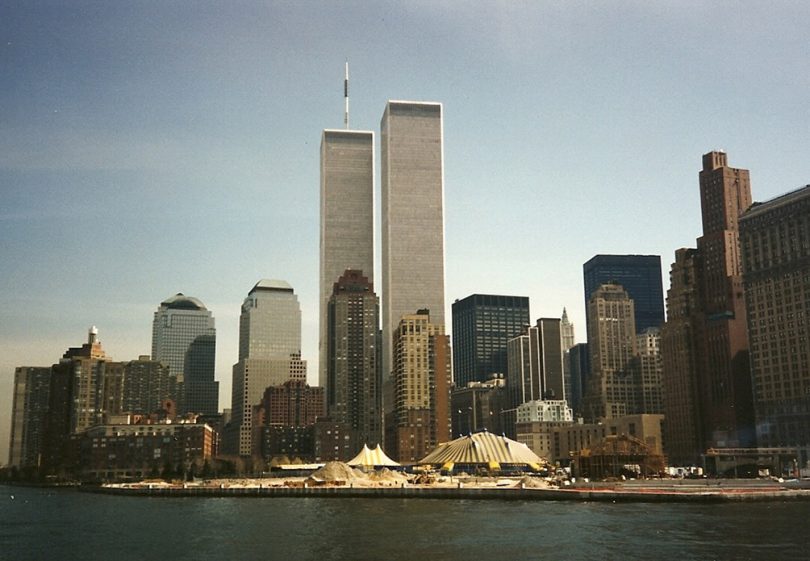 On the morning of September 11, 2001, AU Health CEO Katrina Keefer heard a loud boom from her Manhattan apartment. She climbed to the roof of her building and watched as the second plane dove into the second tower of the World Trade Center.

Twenty years ago, AU Health CEO Katrina Keefer was a student at New York University working on her masters in public administration.

On the morning of September 11, 2001, she stood in her Manhattan kitchen making lunch before work and heard a loud boom. She climbed to the roof of her apartment building and a horrible scene unfolded before her. As she stood there trying to make sense of what she was seeing, the second plane dove into the second tower of the World Trade Center.

Below is an excerpt from a Jagwire article written a month after Keefer joined Augusta University, in which she recalls her personal experience on one of the darkest days in American history.

“It was a great time to be in New York. I was there during the best of times and the worst of times,” said AU Health CEO Katrina Keefer, as she recalled her days at New York University working on her masters in public administration. From the roof of her building, Keefer “watched the ticker tape parade when the Yankees won the World Series in 2000,” and “the second plane fly through the World Trade Center” on 9/11.

Keefer said she will never forget the tragedies of that morning. 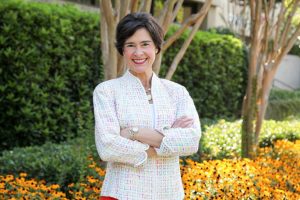 “I’ve gotten rid of everything except my dusty shoes from that day. I kept my shoes,” Keefer said. “I lived three blocks south of the World Trade Center, and I remember hearing the first plane and felt the thump.”

The impact was so powerful, Keefer thought something had hit the nearby Brooklyn Bridge along the East River.

“I looked out my window and I saw that the traffic was still moving, so I went back to the kitchen and was fixing a salad for work,” Keefer said. “That’s when my roommate, who had The TODAY Show on, said, ‘Something just hit the World Trade Center!’”

The windows in Keefer’s apartment faced the opposite direction, toward the Chrysler Building in midtown Manhattan, so she grabbed her glasses and headed to the roof to see what was happening.

“At the time, I thought it was a little bitty plane, but I remember thinking, ‘Where is the fuselage?’” Keefer said, adding that she began to more closely examine the damage to the World Trade Center’s tower. “I think the life-changing moment for me was, you would see these flickers coming off the first building, and then you’d see these objects that picked up speed. Then, you would see their neckties blowing around as the speed of their fall increased.”

That’s when Keefer realized these were people jumping from the windows of the building.

“To know that was their only alternative was very hard,” she said. “And then I saw the second plane. It came around and cocked its wing and went through the second tower.”

As soon as she returned to her apartment, her phone rang. It was her father checking to see if she was all right.

“My parents were in Monroeville, and they were watching what was going on in New York,” she said. “At that point, it still had not hit me that this was a terrorist attack.”

The tenants in her building were told they must evacuate their apartments and head to the basement, but then the first tower began to fall and it started shaking all the nearby buildings.

“It was awful,” Keefer said. “Since my apartment was facing north, I couldn’t see what was imploding. I could only see the smoke billowing in the street.”

Her entire building had to be evacuated, so she quickly threw some items in a backpack and began walking north.

Keefer said her missions experience helped prepare her for that day.

“I knew what I needed,” she said. “For example, I didn’t know where I was going to sleep, but I knew my feet would be cold, so I had socks.”

Her apartment was uninhabitable for several months, so Keefer ended up staying with friends and then at a hotel until she could return.

“It was a difficult time,” she said. “But it was also an exciting time to be studying at NYU’s Wagner Graduate School of Public Service and taking business law as you were thinking about the legal implications of the 9/11 funds pouring in.

Dealing with the realities of 9/11 and the aftermath was a huge learning experience, Keefer said.

“In my life, I’ve had a lot of opportunities to be in so many unique situations, and I’ve learned from them all,” she said. “I’m so blessed.”