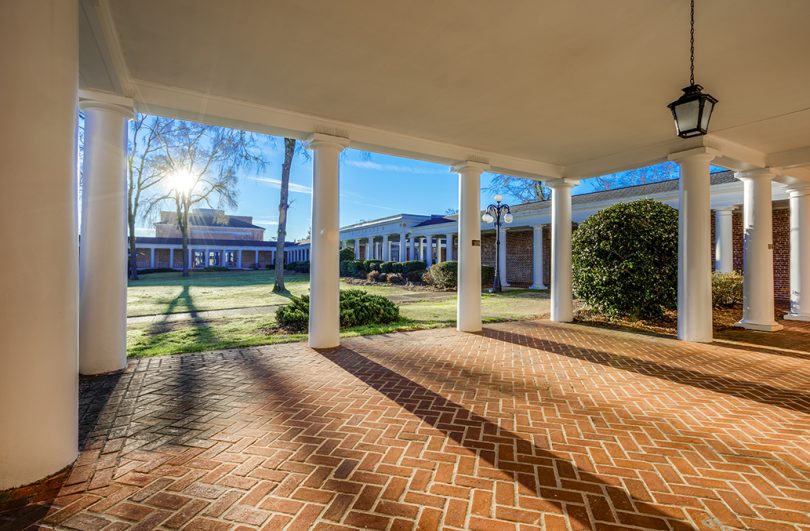 Wanda Sims brings a wealth of experience in health care analysis and information technology. She will succeed David Mork, who has navigated turning the government-run hospital into a nonprofit and orchestrated extensive renovations on the nearly-century old facility.

On Nov. 1, Roosevelt Warm Springs Rehabilitation and Specialty Hospitals welcomed Wanda Sims as Interim CEO, as David Mork prepares for the next stage in his career as CEO of a rehabilitation hospital in Albuquerque, New Mexico.

“I was born in Mississippi, but moved to Georgia in 1986. Both of my kids graduated from Manchester High School,” Sims said.

She’s no stranger to Roosevelt Warm Springs, either. 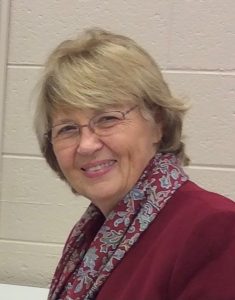 After beginning her career as an office manager and then computer programmer in Meridian, Miss., Sims spent the remainder of her career serving in progressively higher consulting or analyst roles in healthcare. Most recently she served as Chief Information Officer of Baptist Health in Montgomery, Ala., overseeing IT strategy and operations of a three hospital, 689-bed system and 3,950 employees. For much of her career, she solved major issues facing executives and CEOs, such as analyzing issues with workflow.

In 2013, she retired and moved to Warm Springs. She began volunteering and then working part time at Roosevelt Warm Springs as a business information and technology instructor for special needs students.

For much of her career, Sims analyzed problems and offered solutions, and said that’s how she envisions her new role at Roosevelt Warm Springs.

“This CEO is a new role for me, but I feel like I have been in healthcare for so long and held so many different seats,” she said. “I would like to go in and be able to help the people in the hospital – no matter what role they’re in – be able to do their job,” she said.

The historic Roosevelt Warm Springs was established by former President Franklin D. Roosevelt, who contracted polio in 1921. In 1927, a few years after he visited the springs and felt improvement in his legs, Roosevelt established the campus as a polio rehabilitation center.  In the 1960s, the facility was opened to people with all disabilities, and at the same time the State of Georgia opened a rehabilitation center to provide vocational rehabilitation. The two hospitals joined under the name Roosevelt Warm Springs in the 1970s and was managed by the State of Georgia.

In 2013, David Mork joined AU Health to assess the hospitals and facilitate a transition as AU Health assumed management of the historic facility. 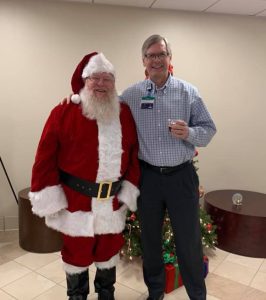 “The next six months was probably the craziest six months of my career, trying to transition a hospital over to a new entity – basically a government-run to a not-for-profit,” he said.

Every detail, from the notepads to employee salaries and benefits, had to be redone, including all the licensing. The facility became Roosevelt Warm Springs Rehabilitation and Specialty Hospitals, which continue to be two distinct hospitals. One hospital is the Roosevelt Long Term Acute Care Hospital, one of about 400 in the country, that treats critically ill patients who are typically leaving an ICU. Average length of stay is about 26 days, Mork said.

The other is the Roosevelt Rehabilitation Hospital for patients who are debilitated by illness or injury and are in need of intensive rehab services. They typically have an average length of stay of about 14 days.

The transition was “very stressful because it was such a unique situation for the state and probably the nation,” Mork said.

He called it a once-in-a-lifetime experience – a pinnacle of his career – that called for him to testify in front of committees in the state legislature and work with state legislators while changing the organization from a government-run entity to a non-profit partner with AU Health.

Immediately after successfully making the transition, he began orchestrating renovations on the historic structures.

“When I say decaying and dilapidated, it was pretty much that the physical structure of the building – the people were spectacular. The nurses, therapists, doctors and all of the employees, they were bar none the best. But the building that we were working in was in bad shape,” he said.

With more than $26M provided by the state, Mork began renovating the buildings, which had been built in the 1930s, he said. It was another highlight of his career to turn the buildings into a facility that not only honors Roosevelt’s legacy, but also provides state-of-the-art quality care and improved patient experience.

Mork even had the opportunity to show the facility to Dr. Matt Roosevelt, President Roosevelt’s great-grandson, in 2018. The younger Roosevelt said in a Jagwire article that it was the first time he’d visited the property since he was 12. Roosevelt also served on the board of trustees for the Roosevelt Foundation and has made significant contributions to the hospital.

Mork recalled taking care of Katrina Keefer’s dad, which he said was a little nerve-wracking at first. She had just come to AU Health as CEO – his new supervisor – and her father was very, very sick. It’s a tough way to get to know your new boss, he said, but all went well and her dad is doing very well now.

“It was in a way introducing Katrina to the system and what we can do,” Mork said.

Now, as he prepares for the next stage in his career as CEO of a rehabilitation hospital in New Mexico, Mork said it’s hard to think about leaving – especially the people.

And to the staff, he said, “I just thank them for all their support. It’s been great. All the good times and great celebrations and great successes. Hopefully that continues, and I’m sure it will. Just thank them for everything they’ve helped me with. I wish everybody the best as they continue to build the legacy.”