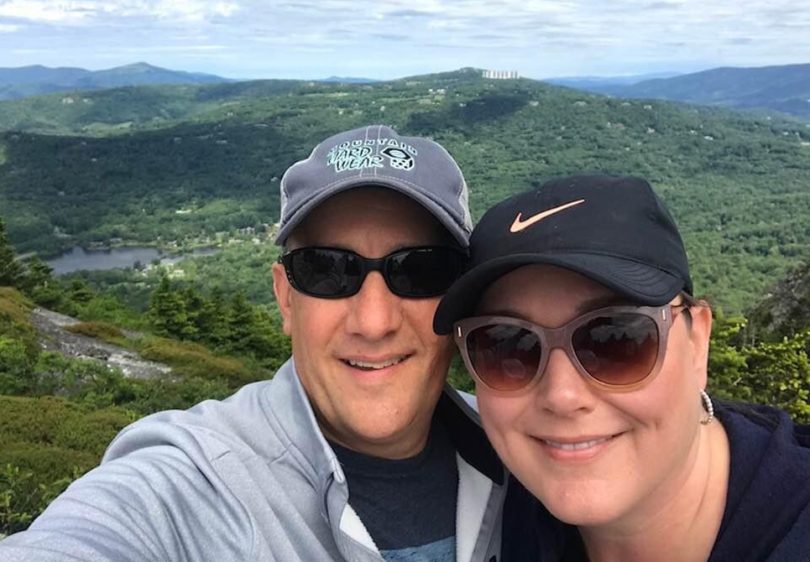 Craig Churchill spent a record 45 days on ECMO at AU Medical Center recovering from COVID-19 – the longest of any patient in the two-year history of AU Health’s adult ECMO program.

The staff at another local hospital – where he’d been admitted the day before – was able to resuscitate him, but he needed more support for recovery than they were able to provide.

That day, he was transferred to AU Health and placed on ECMO, where he spent the next 45 days – the longest any patient has spent on the support system in the short history of AU Health’s adult ECMO program.

In the 58 days following his arrival at AU Health (which included 13 days recovering off ECMO), he had improved enough to be moved to a local rehabilitation hospital to continue his recovery.

ECMO stands for Extracorporeal Membrane Oxygenation, a machine that acts as an artificial lung, artificial heart, or both, depending on the condition.

It is not a treatment, but a system of support that takes the stress off the heart and/or lungs to allow them to heal. There are two types – VA ECMO supports the heart and lungs for conditions such as Acute Respiratory Distress Syndrome and/or heart failure, while VV ECMO supports only the lungs, which is used for patients with pneumonia due to COVID-19. Like Craig Churchill.

Craig’s wife, Lisa Churchill, said COVID-19 hit her family hard. First her son contracted it, then she did. As she began to recover, her husband came down with it and became very ill. He was admitted to a local hospital on Sept. 20, but his oxygen levels dropped very quickly.

She described her husband as her rock – a strong, active man to whom she truly enjoys being married.

Seeing him weak and helpless was devastating, she said as she recalled the first days of his hospitalization.

“A few hours went by and I got another phone call that he had – I was told he stopped breathing but later found out he had actually gone into cardiac arrest. They had to intubate him right there in the room,” she said.

After being resuscitated, Craig was quickly transferred to AU Health and placed on ECMO.

“All of a sudden, his oxygenation got dramatically better. He stabilized. His blood pressure was much better than what it was before,” Patel said.

For the next 45 days, the staff never left his side. The system is intensive and must be monitored continuously.

“It is a truly a team effort. This is not a one person (effort),” Patel said. “This treatment, it truly requires a comprehensive group of professionals, of what we call multidisciplinary team, that allows us to then recover these patients. It’s a very intensive undertaking, requiring 24 hours a day, seven days a week – there are no holidays – till we can recover these patients.”

For Lisa Churchill, that was also a comfort. She said she felt that her husband’s care team truly cared about his recovery as much as she did.

“They were with him 24/7. Literally,” she said. “I mean, they knew everything that went into his body. They knew every change in medication.”

The journey was not an easy one. Some days were good, others were challenging. One of the biggest challenges was bleeding in his stomach and lower GI tract that became difficult to get under control, but the team worked tirelessly until it was.

Lisa recalled that period as terrifying and said it illustrated how his recovery seemed like one step forward and two steps back at times. But she leaned on the staff, whom she said patiently and honestly answered all of her questions.

“I proceeded to pepper them with questions, trying to understand something that’s way over my head, and they just answered everything,” she said.

Today he is recovering at a local rehabilitation hospital. He still has a long road ahead to recovery but he is on the right path.

Lisa said in addition to being thankful for the staff, she was especially thankful that Craig was able to be treated at AU Health, close to home. Before finding an opening at AU Health, Craig was placed on a waitlist for ECMO at Emory in Atlanta.