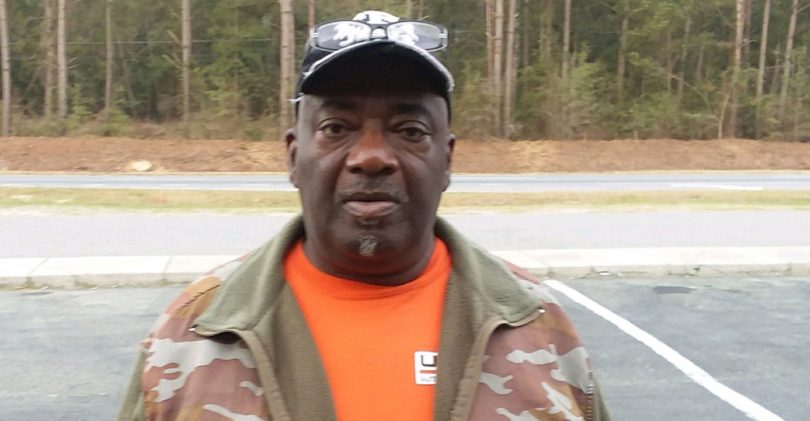 Although he was born in the small town of Nevils just outside Statesboro, Georgia, his heart longed for the hustle and bustle of a bigger city.

So he moved to New York City when he was just 17, where he worked as an engineer and later ran his own small businesses, including a bail bonds office. “It takes a strong body to survive in New York,” said Owens with a laugh. “In New York, you don’t take time to see nothing—it’s just hustling and going 24/7, working day and night.”

Forty-five years of that lifestyle—complete with smoking cigarettes, drinking coffee and eating fast food at all hours—were tough even on Owens’ strong body. He had his first heart attack when he was 45, right after 9/11. As he was leaving the hospital after having stents put in, a second heart attack struck. Over the next six years, he’d go on to have a third, fourth, then fifth heart attack. All told, he’d have eight stents and a defibrillator.

After his fifth attack, Owens was grocery shopping when he said his heart whispered to him: Go home.

“I never got married, I had one daughter, but she was grown. I just felt like there was no reason to come home,” Owens said. “I figured I’d die right there in New York. But something just kept saying, come home.”

So he listened. He put all the groceries back on the shelves, called his sister to help him find an apartment and was home in time for Thanksgiving.

And his heart was ready for the next step. After the new year, Owens’s doctor gave him a sobering diagnosis: “You have about 30 days to live.” But—with hope—“We’re going to find you a new heart.”

“I thought he was just joking, just trying to make me feel better. So I said, ‘Thank you.’ He gave me some pain medicine, and when I woke up I was in Augusta.”

The doctors there were prepping him for a heart transplant—then a new program at Augusta University Health. “I asked them, ‘Do you believe in God?’ They said, ‘Yes,’ and I said, ‘Good, then nobody got to ask me any more questions.’ I had two choices, either do this and live or don’t do this and die. So I said, ‘It’s all up to you and God. You do what you gotta do.’”

A first heart came available within days, but Owens had developed a clot in his left leg. So that heart went to another patient. By the next day, the spot was gone, and five days later, another heart arrived. “Two hearts in less than 30 days,” said Owens. “Now, I’m a firm believer in God—my new heart didn’t just come by itself.”

Owens’ new heart, which has been working well for the past 11 years, came from a 29-year-old woman. “She’s the reason I’m alive,” he said. “I owe her family everything. I wish I could just tell them how much I appreciate it.”

Today, Owens still doesn’t stop. But his focus has changed. “I don’t smoke, I eat everything that’s good for me—but I still work everyday,” he said with a laugh. “The transplant changed my whole life. I look at life differently now. I’m grateful for everything. In New York, you don’t take time to do nothing, but now I see the birds in the morning.”

“I’m still busy,” said the mechanic, who’s also now engaged. “The doctor told me that if I don’t exercise this heart, it could start failing, so I keep it busy. I’m 61 this July, and I’m just blessed.”