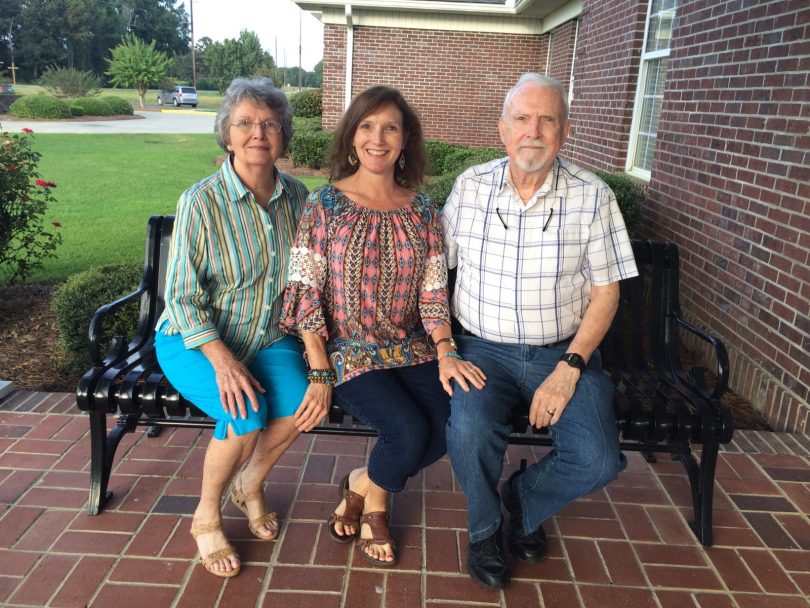 Sometimes the hardest news to bear can turn out to strengthen you in unexpected ways.

It would turn out to be the earliest stages of Alzheimer’s disease—a diagnosis that felt devastating then to JoAnne, husband James and daughter Lisette. But there was medication—Namenda—that has kept her decline very gradual. 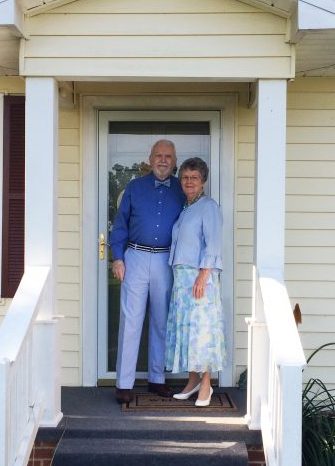 But, in January, after fighting off a tough case of bronchitis, with suspected pneumonia, her doctor found something on X-ray.

It was a spot on her lung, no bigger than half an inch. “We don’t have a baseline,” her doctor said, “so we’ll wait and we’ll do another X-ray in six weeks.”

That next X-ray showed that the growth had doubled in size.

A PET scan followed. The growth was a “hot spot”—and the word “cancer” entered the picture. A biopsy ruled it out, but her pulmonologist in Dublin, Georgia, Dr. Vishal Agrawal, was still concerned, due to the spot’s rapid growth in size.

He referred JoAnne to Dr. Vijay Patel, a cardiothoracic and vascular surgeon, at Augusta University Health. “To begin with, I was in shock mode,” JoAnne admitted. “But I’m a person who has faith, and I turned this over to the Lord and told Him no matter what it is, cancer or not, I will be all right. And I believe that. I really had a calm about it from that point on.”

Because having faced Alzheimer’s—and continuing to live with Alzheimer’s—cancer would just be another road to the end.

In Augusta, Patel explained to JoAnne and her family that she had two options: to leave the growth alone and continue to follow it with X-rays; or to remove it and make a determination now: Was it truly cancer?

Patel explained that there could be dangerous, even fatal consequences to surgery, anything from a lung puncture to even death. During the procedure, he would first take out the growth, then, while JoAnne was still in the OR, a pathologist would examine the cells to see if cancer was present. If it was, then Patel would go back in to take more of JoAnne’s lung to be sure all cancerous cells were removed.

But even waiting, he cautioned, had risk. “Nothing was going to stop it from growing,” said JoAnne, “and those growing cells could develop into cancer. So we looked at each other and told him, ‘We need you to take it out.’

“I just had a lot of confidence in his knowledge. He was so honest and forthright—just a very genuine person. I felt that the minute I met him.”

The surgery was on May 1. JoAnne signed forms to donate her tissue to science—“I wanted to help someone else if they need it”—and when she came through, the news was just what she and her family wanted. “No cancer,” she said. “We were all just ecstatic, praising God, thanking Him and thanking Him for Dr. Patel.

“It was a rainbow ending.”

JoAnne will return in a year for another scan to ensure her lung remains clear. For now, she remains thankful and grateful. Her Alzheimer’s continues to be gradual, her husband and daughter are her loving caretakers, and experts like Dr. Patel are in her corner.

To learn about our cancer specialists and services, visit augustahealth.org/cancer.