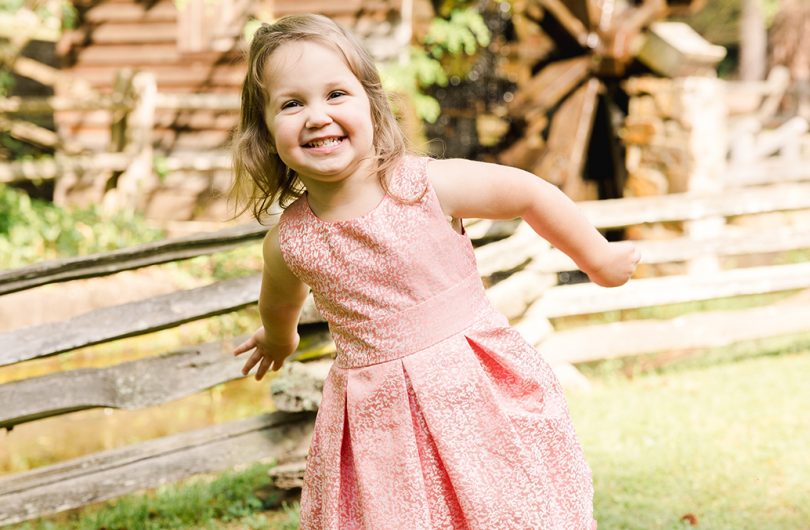 RSV, usually prevalent during the winter months, is surging across the country and at Children’s Hospital of Georgia. It’s very unusual for a virus to be active outside of its usual season, said Dr. Jim Wilde, a physician in the pediatric emergency department.

As a toddler in daycare, Parker Hinkson has had her fair share of illnesses, including unexplained fevers.

A year ago, the 2-year-old experienced a terrifying fever that caused a febrile seizure while she was in the doctor’s office. Since then, her parents are particularly sensitive to Parker’s fevers.

On Tuesday, June 15, Parker began running another fever and her parents took her to urgent care.

Parker was given antibiotics and sent home. By Thursday, Parker’s fever spiked to 102 and she was coughing. On a hunch, her pediatrician ordered an RSV test. It came back positive. 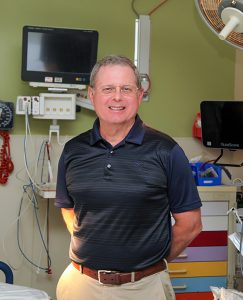 Like most wintertime viruses, Respiratory Syncytial Virus (RSV) is nothing new. It typically shows up in October and is gone by March. This year it is here early and cases are filling pediatric hospitals across the country, and leaving their physicians scratching their heads.

“This year, for some reason – and it’s not exactly clear why – we had no RSV during the winter season,” said Dr. Jim Wilde, a pediatric emergency physician at the Children’s Hospital of Georgia and an expert in infectious disease.

In fact, he said none of the typical wintertime viruses appeared during the pandemic.

“For want of a better description, it looks like COVID has displaced these usual wintertime viruses. Just pushed them out of the way,” Wilde said. “How physically or physiologically that happens, I’m not sure anybody can explain.”

RSV affects people of all ages, causing symptoms in adults and older children that look like a bad cold, such as fever, runny nose, and cough.

But for babies and children 2 and younger, it can be very problematic – it also causes bronchiolitis for them.

This obstruction in the airway causes wheezing, very similarly to asthma. But with asthma, the wheezing is caused by a swelling of the airway and improves with the use of albuterol.

“Wheezing from bronchiolitis doesn’t get better with anything. There’s nothing we have that will make the wheezing go away because it’s primarily coming from inflammation,” Wilde said. “The inflammation causes sloughing of the wall of the breathing tubes, and it’s the debris sitting in the airway that’s partially blocking the airway that causes the noise.”

It can sometimes become severe enough to require hospitalization or even the assistance of a breathing machine. However, the typical child with RSV bronchiolitis, which the medical literature describes as “happy wheezers”, manage at home with anywhere from 2-6 weeks of cough and wheezing. Antibiotics are of no help since RSV is a virus, not a bacteria.

Wilde said what’s happening isn’t necessarily a more severe RSV season than before, but it’s completely out of season and it has the medical community stumped. The listservs and blogs are buzzing about why this is happening, and no one has a good answer.

Adding to the puzzle is the fact that during COVID-19, the pediatric hospital saw none of its usual wintertime viruses. Children’s still has not seen its first case of the flu since the pandemic began.

“I’m not sure anybody can give you a good explanation of why this is happening. To have a virus completely knocked out of its typical season and show up out of season. Very rarely has it happened before,” Wilde said.

Almost two weeks after her diagnosis, Parker sat in the break room of her mother’s office, eating doughnuts and happily chatting with Hinkson’s coworkers. The virus ran its course in six days, but Parker stayed home from daycare a few more days until Hinkson was certain she was no longer contagious.

“It’s so hard when they’re struggling to breathe,” Hinkson said. “But then here she is a few days later and she’s fine.”