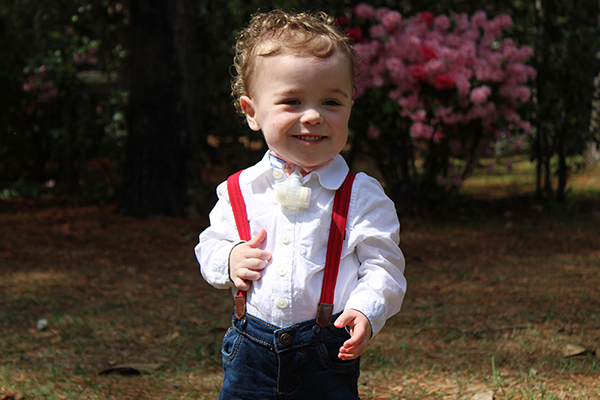 When Deanna Gilmer heard one of her twin sons might have developed a congenital omphalocele condition, her initial reaction was shock and concern for what the diagnosis meant for Charles, who was Baby A during her pregnancy.

“We were told of the suspicion by the nurse practitioner at my OB’s office and then when it was confirmed, my OB told me that the diagnosis could be isolated or related to other birth defects,” Gilmer said.

According to the Centers for Disease Control, omphalocele is a birth defect of the abdominal (belly) wall. The infant’s intestines, liver or other organs stick outside of the belly through the belly button. The organs are covered in a thin, nearly transparent sac that hardly ever is open or broken.

Gilmer said it was suspected that Charles had an omphalocele via sonogram at 10 weeks gestation, and was later confirmed at 12 weeks.

The Gilmers, who live in Albany, Georgia, were sent to a Maternal-Fetal Medicine Specialist, which advised them to locate a hospital with a pediatric surgeon. From there, they met with Dr. Charles Howell, the surgeon-in-chief at Children’s Hospital of Georgia during one of his monthly trips to Albany.

“After meeting him, we knew CHOG was where we wanted to be,” Gilmer said.

Deanna and her husband, Steven, said their initial interaction with anyone from CHOG was during a prenatal meeting with the Chief of Neonatology, Dr. Jatinder Bhatia.

“We were very pleased that he met with us and explained what to expect in the NICU,” Deanna said. “Little did we know that that would be the same day that our boys were born!”

Charles and his twin brother Theodore, were born July 17, 2019 via cesarean section and were also welcomed by their older sister, Jacqueline. Theodore was fine, but Charles has chronic lung disease secondary to developmental issues of the lungs during gestation, meaning the shape of his lungs was impacted by the omphalocele.

But Deanna said through the entire process, her family has been beyond satisfied with their decision to come to CHOG.

“We can honestly say that the whole process has made us grateful to have chosen CHOG, but the NICU staff made us incredibly grateful,” she said. “Charles’ ‘Glam Ma’ (Dawn Moyer, RN-NICU) was the best thing that could have happened to us while we were here. Due to our situation, there were times that we could not be up here with him, and she made it possible for us to leave knowing that he was completely taken care of!”

Deanna Gilmer said during the ups and downs, CHOG’s doctors and staff were the best. 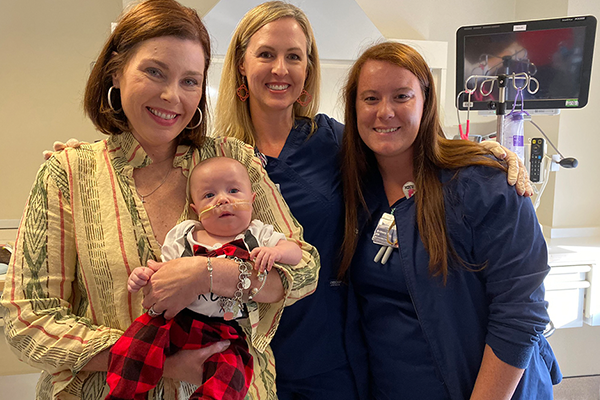 “We were always treated with respect, and over the course of our stay we look at many of the staff as family,” she said. “They were wonderful with Charles and helped to ease our fears and concerns.”

Charles currently has a trach and requires ventilator support while he sleeps. Deanna said there is not have a set time frame for his trach as it’s still thought to be temporary, “which is good news for him/us.”

“He has come a long way over the past 15 months (since receiving his trach),” said Deanna, who mentioned they attend monthly ventilator clinics for regular check-ups and he has had great reports from Pulmonology, ENT and Pediatrics Surgery.

As he approaches his second birthday, his mother said she notices his awareness in his face when he comes to the hospital but “it will be interesting to see what he remembers of all of this as he gets older.” 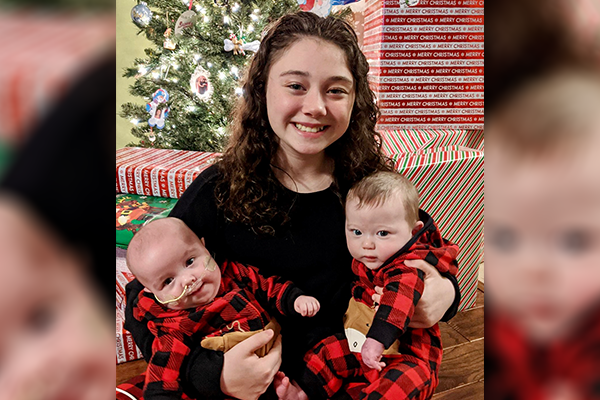