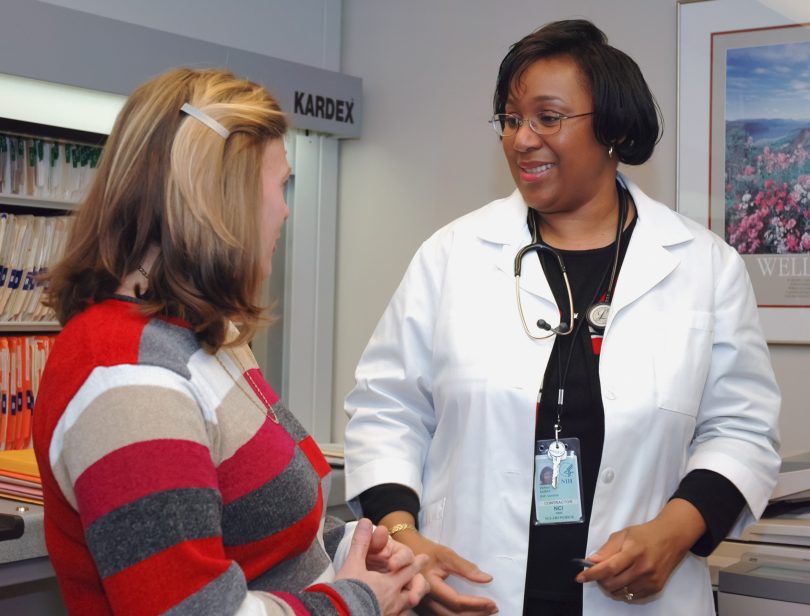 “Cervical cancer is rare in women receive regular screenings through Pap smears,” said Dr. Robert Higgins, a gynecologic oncologist at the Georgia Cancer Center at Augusta University. “In general, it takes many years for cervical cancer to develop. If precancerous changes are detected through regular Pap smears, these can be easily treated.”

According to the National Cancer Institute’s analysis of data from 2016 – 2018, approximately 0.6 percent of women will be diagnosed with cervical cancer during their lifetime. The five-year survival rate currently is just over 66 percent. Previous data has shown a consistent decrease in the number of new cases of cervical cancer. Higgins believes this drop in new cases is thanks to more women undergoing Pap smears.

The testing involves a doctor scraping cells from a woman’s cervix. Those cells are put through a liquid solution and examined under a microscope by a pathologist. This magnified look at the cells can uncover conditions such as infection or inflammation. It can also detect cancer or changes in the cells that can lead to cancer.

“The majority of women who are diagnosed with cervical cancer have not had a Pap smear in the previous four or five years,” Higgins said.

Reasons for foregoing the screening can range from a lack of education about the benefits of preventative screenings like a Pap smear or mammogram. Also, women will forego screenings because they believe that because they are exercising and living a healthy lifestyle, then they do not need to see their doctor. Finally, women living in communities where poverty rates are higher face the financial hardships of choosing between health care needs and the need for food, clothing and other necessities.

“As doctors, we need to work on educating our patients about the importance of preventative medicine,” Higgins said. “They need to know there are steps they can take to prevent a health problem, instead of waiting to go to their doctor after that issue occurs.”

“When it comes to preventing cervical cancer, one of the biggest opportunities women have is the human papillomavirus vaccine,” Higgins said. “I strongly recommend the vaccine for all females and males between the ages 10 to 26. It is two to three doses over a six-month timeframe depending on the person’s age.”

Inspectors at the U.S. Food and Drug Administration have approved multiple vaccines that are safe and effective. The vaccines target the virus strains HPV 16 and HPV 18, which cause nearly 70 percent of cervical cancers. Recently, the Gardasil-9 vaccine was created to include five more antiviral (HPV) strains.

“If you have questions about cervical cancer, HPV and the vaccine, talk to your primary care doctor,” Higgins said. “He or she can help you determine a course of action to reduce your chances of developing cervical cancer. If you have a daughter, son, or female relative or friend between the ages of 10 and 26, encourage them to talk to their doctor about the HPV vaccines for cancer prevention.”