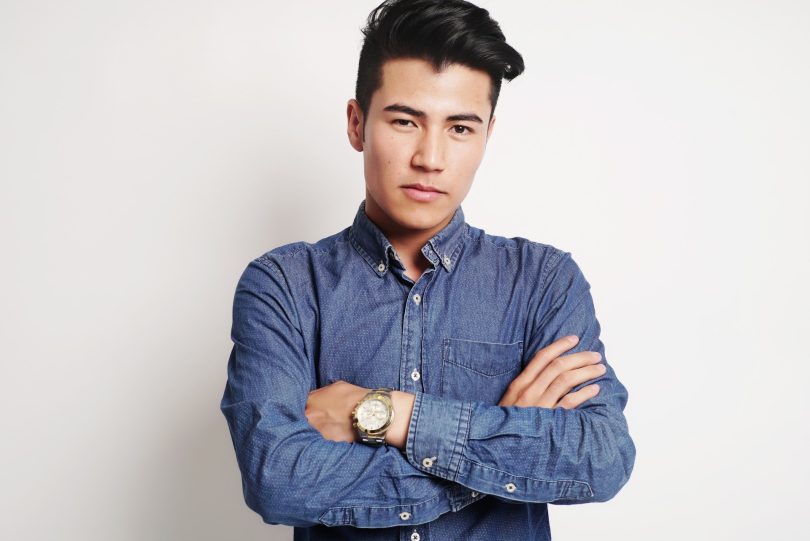 One minute, he is a young, healthy, physically active man with his entire life in front of him. The next, he’s a patient in the lobby of the Georgia Cancer Center at Augusta University Health waiting to see a urologic oncologist after being diagnosed with testicular cancer. But he won’t be a patient for long as the team welcomes him into their extended clinical family to make sure this man has every resource he will need throughout his treatment process.

One minute, he is a young, healthy, physically active man with his entire life in front of him. The next, he’s a patient in the lobby of the Georgia Cancer Center at Augusta University Health waiting to see a urologic oncologist after being diagnosed with testicular cancer. But he won’t be a patient for long as the team welcomes him into their extended clinical family to make sure this man has every resource he will need throughout his treatment process.

“When my nurse navigator meets a testicular cancer patient for the first time, we make sure they do not leave without having contact information for every way possible to get in touch with the navigator and myself,” said Dr. Zachary Klaassen, a urologic surgical oncologist at the Georgia Cancer Center. “For me, it’s almost like they become my little brother because I want them to know they have someone they can connect with about any question, concern or trouble that may come up during treatment. And we give them a calendar to follow with strict instructions to make sure they don’t miss appointments with me or appointments for imaging to monitor their cancer after surgery, etc.”

According to the American Cancer Society, the average age of a testicular cancer patient is about 33 years old. Klaassen said he has seen patients in his clinic in their early 20s. And while a cancer diagnosis in general can create a plethora of emotions for patients, for young men the response can be quite severe.

“When they hear the words testicular cancer, we see them get angry, question their manhood, their manliness, yell, and even start to cry,” Klaassen said. “There are even some patients who just want to give up and not go through treatment. But, once the initial shock wears off, we have conversations about just how curable testicular cancer is especially when it is diagnosed in earlier stages.”

According to the National Cancer Institute, the five-year survival rate for men diagnosed with stage one testicular cancer is 99%. For men diagnosed with stage-four testicular cancer, the five-year survival rate drops to 72.5%. This is why Klaassen and the entire urologic cancer care team stress the importance of men doing a self-exam at least once a month to notice any lumps or malformations of the testes.

“One of the reasons we see such a high survival rate even for men with stage four diseases is because we can give them high doses of chemotherapy,” Klaassen said. “They’re young, they’re healthy, so they’re bodies can handle stronger doses of the chemotherapy medications. But, with such a high dose of chemotherapy, comes concerns about fertility.”

For men with early-stage testicular cancer, sometimes surgery is all that’s needed. For those men, their testosterone level remains high enough to support a healthy sperm production. But, for later stage disease, the treatment plan usually requires the high dose of chemotherapy. It’s those patients Klaassen and his team meet with in advance to discuss whether they want to store their sperm so they can have children later in life.

“We see three main types of patients in our clinic. Those in their early 20s aren’t thinking about having a family yet but they want to have that option in five to ten years. We see other patients who may have one child and are considering having another. Then, there are patients who have three or four children who do not want more kids,” Klaassen said.

For Klaassen, the fertility services, along with the psycho-social oncology services offered by the Georgia Cancer Center and Augusta University Health, are two of the main reasons he recommends patients come here for treatment.

“Unfortunately, we do not always see them early in their treatment process because we do get a lot of referrals from outside oncology offices,” Klaassen said. “So, we hope that their previous oncologist had the fertility discussion with them.”

Because the fertility discussion can have an impact on the emotional and mental health of a testicular cancer patient, Klaassen works with those patients to schedule appointments with the Cancer Center’s psycho-social oncology team. According to a study published in the Journal of Clinical Oncology, men who sought mental health services before having surgery to remove one or both testicles were more likely to continue using those services as long as ten years later.

“It really is about having a team of champions focused on the health of a patient from every aspect,” Klaassen said. “It’s not just about the physical health and treating the cancer. It’s about treating their mental health and their emotional well-being throughout the treatment process and even later in life. It’s why we want to make sure they comply with their survivorship plan so we can check in on them after surgery and any other treatments they may need.”