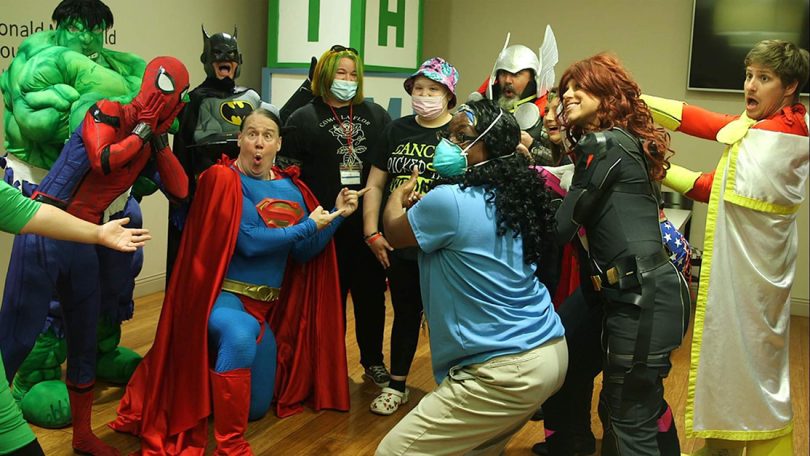 When Brianna Chitty began experiencing shoulder pain shortly after the school year began, she thought it was just a pulled muscle from carrying too many books in her bookbag.

Her mother, Christine Evans, suspected something wasn’t right when Brianna also began having pains in her hip and legs, and it began getting worse.

An MRI revealed a mass pressing on her spinal cord and eventually a diagnosis of Ewing’s Sarcoma, a rare cancer in the bones that had progressed to Stage 4 by the time Brianna’s doctors found it. 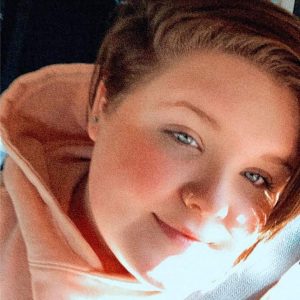 According to Dr. Amir Mian, division chief of Pediatric Hematology Oncology at the Medical College of Georgia at Augusta University, and director of the Pediatric Bone Marrow Transplant Program at the Georgia Cancer Center at AU Health, patients with Ewing’s Sarcoma receive chemotherapy first. But those in advanced stages of the disease have a very high risk of relapse and need autologous stem cell transplant – using their own stem cells – as part of treatment.

That is the situation in Brianna’s case. After finding metastatic diseases to her bones and vertebral column, she immediately began chemotherapy. In early April, her stem cells were harvested and will be stored in the blood bank for use later on, if she needs it.

Mian said the harvest process involves giving the patient specific chemotherapy in a very controlled setup, and with close monitoring and administering medications that accelerate the growth of stem cells within the bone marrow. Stem cells are ready to be harvested in seven to 10 days.

Just before harvesting, the patient is given another medication that releases the stem cells into the blood. Collection is very similar to platelet donation. Blood is taken from the patient through a centralized line, and the apheresis machine removes stem cells. The remaining blood is returned to the patient. The stem cells are then frozen and stored until needed.

“The bone marrow transplant procedure requires the patient to be admitted to the hospital with the administration of a high dose of chemotherapy that prepares the bone marrow and also treats the underlying cancer,” Mian said. “Afterward, stem cells are infused into the blood through the central line, and it takes almost two weeks for the stem cells to eventually engraft – or find a home in the patient’s bone marrow – and begin producing normal blood cells. Patients usually remain the hospital for almost three weeks, and then require close monitoring and medications as an outpatient. There are high risks for complications, and therefore it requires a team of dedicated medical personnel to care for these patients.

“Brianna may only need a transplant if her tumor relapses or does not respond to standard chemotherapy. Thus far, Briana’s tumor is responding, which is great news for her,” he said. 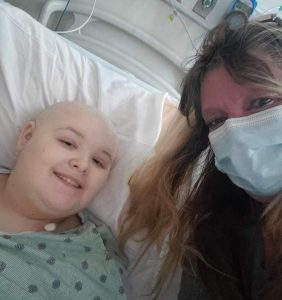 Brianna and her mother, who live in Aiken, stayed at the Ronald McDonald House as she went through the stem cell harvesting process.

Evans said the entire process took about two days, six hours each day. Brianna told her mother it didn’t hurt at all.

“The staff were really super helpful. They brought snacks, they brought treats, drinks and blankets, and just let her relax the whole time. A ton of people came in to check on us,” Evans said.

The introduction of the pediatric stem cell harvesting program paves the way for launching a pediatric autologous stem cell transplant program. This offers patients in the river region access to treatment that they typically needed to travel out of town to receive.

“At present, if a patient needs a bone marrow transplant, they usually have to leave home and go to an institution in another city or state for maybe two or three months, sometimes even longer. It’s a significant hardship for these patients,” Mian said. “Relocating from home is very hard. Once we have our program up and running, pediatric bone marrow transplants could be done closer to home – so hopefully patients would not have to leave home and go out of city or state just to get a transplant.”