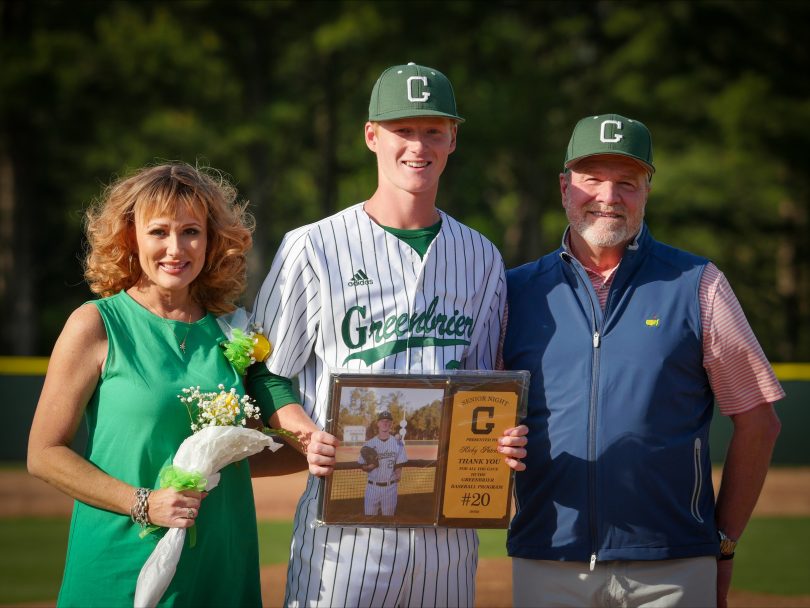 Like many busy women who have families and careers, Trish Patrick often puts herself last. Days are spent working with physicians and helping Augusta University Health grow its reach as a physician liaison. Evenings are often spent with her husband at one of their two sons’ baseball games.

She knew at her age, it was time to start getting annual mammograms, but kept telling herself she would do it later. For five years, she put it off. Until one day in December 2021, her doctor wouldn’t let her put it off anymore. She finally made time to get her mammogram. 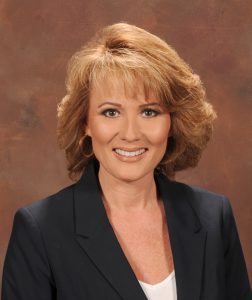 “They found some spots on my left breast,” she said. “Dr. Michelle Lee, one of our breast radiologists, reviewed the mammogram and performed an ultrasound, neither of which showed an abnormality.”

A bit annoyed by having to get another test and thinking doctors would just find cysts, Patrick came to the AU Health Breast Health Center for a biopsy.

Throughout the MRI and follow up appointments, Patrick refused to believe it could be cancer.

She did not have family history of breast cancer in her family and assumed she was at a low risk for developing it. A detailed assessment by Lee, however, determined that was not the case.

“Every woman that has breast imaging performed at the AU Health Breast Health Center undergoes a formal risk assessment so we can determine if she’s at increased risk for breast cancer,” Lee said. “With Patrick, we did not know she was at increased risk for breast cancer until we asked for details about her medical history – age of first pregnancy, hormone use, family history and more. It’s about 30 questions in total.”

This careful analysis revealed that Patrick was indeed at increased risk for breast cancer. Women who are high-risk like Patrick are treated differently than average-risk women. High-risk women often develop breast cancer early, so they may need to begin screening as early as 25. They have more aggressive cancers that are difficult to detect on mammography or ultrasound.

Here, women will get a personalized, risk-based plan to address their unique concerns. This may include screening at a younger age, an annual screening breast MRI in addition to mammography, and genetic testing.
In Patrick’s case, the standard workup of mammography and ultrasound did not reveal cancer. Lee said because they had identified her as being at an increased risk, an MRI was recommended. The MRI showed what was later determined to be a small but very aggressive tumor.

Patrick said she received the call of her cancer diagnosis at one of her son’s baseball games. She tried to put it out of her head until she and her family were home. Once her sons were in bed, she allowed herself to process the diagnosis – and break down.

“My fear when I first heard the news is, how am I going to do life? My oldest was a senior. This was his last season of high school baseball. He had graduation,” she said. “In my mind, when I’m thinking of someone who has cancer, I’m thinking you’re sick, you’re in bed, you can’t do anything. You’re just this frail person that is just completely limited.”

Patrick said she and her husband leaned into their faith and the power of prayer. 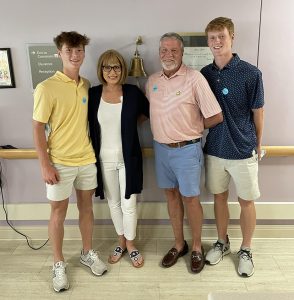 Trish Patrick poses for a photo with her family in the Georgia Cancer Center on her final day of chemotherapy.

Lee said the reason Patrick was able to get diagnosed early, when the cancer was still treatable, was because she came to a place like Augusta University Health.

“Had she waited until this cancer could be seen by a mammogram or felt a lump, it may have been too late,” she said. “The MRI allowed us to pick up on this cancer very early. With the proper treatment, her chance of survival at 15 years is nearly 100%. This is a tremendous win for her.”

The tumor was very small and was removable by lumpectomy. She went through chemotherapy and radiation and will continue Herceptin for a year. Throughout her therapy, she continued to work, continued to participate in her family life, and showed up for most of her sons’ baseball games. She only spent one week truly sick, and an adjustment to her medication improved that.

Today, Patrick’s health is continuing to improve. She believes God, her strong support system of family and friends, and early detection helped her to not only survive her breast cancer journey, but to continue to live her life while going through treatment.

She strongly encourages anyone who will listen to get their mammograms.

“The biggest thing I can tell women is, Breast Cancer Awareness Month is this month. Please go get your mammogram no matter how inconvenient it is,” she said. “Nobody wants to get a mammogram done. It’s not the most pleasant scan you can do, but please go get it done. If I had just continued with my, ‘Oh, I’ll go get it done another time,’ I would be walking around for years with cancer…and not even know it.”