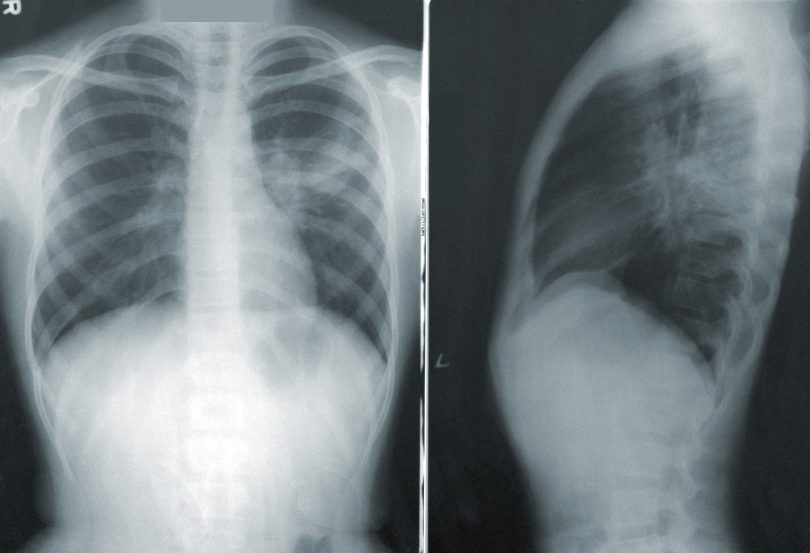 Dr. Shaheen Islam, Division Director of Pulmonary, Critical Care and Sleep Medicine at Augusta University Health, makes his living caring for people’s lung-related disorders. So, a decade ago, when he lived in Ohio and moved into a new home, he did not expect to have to worry about his own lung health. Until his house tested high for radon.

Invisible and odorless, radon is a gas that slowly breaks down from uranium, granite, shale, and phosphate in the soil. Most often, it can seep inside basements and collect there. The gas itself breaks down into other particles over years—and when these particles are absorbed by the lung’s delicate tissues, cancer can form.

“We always worry about smoking, but we never talk about radon,” said Islam. “But studies have shown that depending on where you are, it can become a big deal.”

The good news is that because of soil types and watersheds, coastal areas of the United States tend to see lower indoor radon levels.

But there are pockets of high-risk areas. According to the latest data by the U.S. Environmental Protection Agency, high-risk counties in Georgia include Fulton, DeKalb, Gwinnett, and Cobb. Richmond County and other counties in north Georgia have moderate risk. In South Carolina, Greenville is at high risk, while its surrounding counties are at moderate risk.

In 2005, the U.S. Surgeon General issued this National Health Advisory: “Indoor radon is the second leading cause of lung cancer in the United States and breathing it over prolonged periods can present a significant health risk to families all over the country. It is important to know that this threat is completely preventable. Radon can be detected with a simple test and fixed through well-established venting techniques.”

Both states recommend that homes, particularly those with basements, should be tested for radon before buying or selling, although it is not needed. Tests are commonly available through home improvement stores or online retailers and include short-term and long-term tests. The EPA recommends that homeowners start with the short-term test, which captures a quick snapshot of radon levels. If the result is 4pCi/L or higher, homeowners should conduct a follow-up with a long-term test, which gives a better picture of actual radon exposure.

If your levels are confirmed high, you should contact a radon mitigation professional, who can install a simple system to reduce radon levels in your house.

It takes 22 years for radon to decay into the harmful particles that could lead to lung cancer, said Islam. So, if you just moved into a house with a basement or if your home tests positive for radon, do not panic.

Since radon commonly collects in basements, if you do not actually live in your basement or use it often, your risk should be low. Also, lung cancer does not happen overnight from exposure. Typically, it requires a lifetime of exposure—defined as 15 to 20 or more years—before you see an 11 percent higher risk for lung cancer.

But it is still a good idea to test for radon. Then, if you have lived in your radon-positive home for an extended period, and especially if you also are a smoker or former smoker, talk to your doctor, who may suggest a lung cancer screening CT. A CT or computed tomography scan can help find lung cancers in their early stages, when it is most curable.

Radon exposure most commonly leads to small cell lung cancer (which is aggressive) or squamous cell lung cancer, Treatment for these cancers can include immunomodulators that help the body’s own immune system fight off cancer.

It is also important to note that at this point, evidence suggests that lung cancer is the only cancer known to be caused by radon. “But we don’t know,” said Islam. “There could be others.”

After his house tested positive, Islam hired a radon mitigation contractor, who sealed his basement and installed a system that continuously vacuumed out the radon gas. He and his family breathed easier.

Today, he is continuing to educate patients and families about radon; to encourage clinicians to ask patients about radon; and to spread the message shared by the U.S. Surgeon General more than a decade ago. “The treatment for radon exposure—and ultimately the cancers caused by radon—is prevention,” he said.