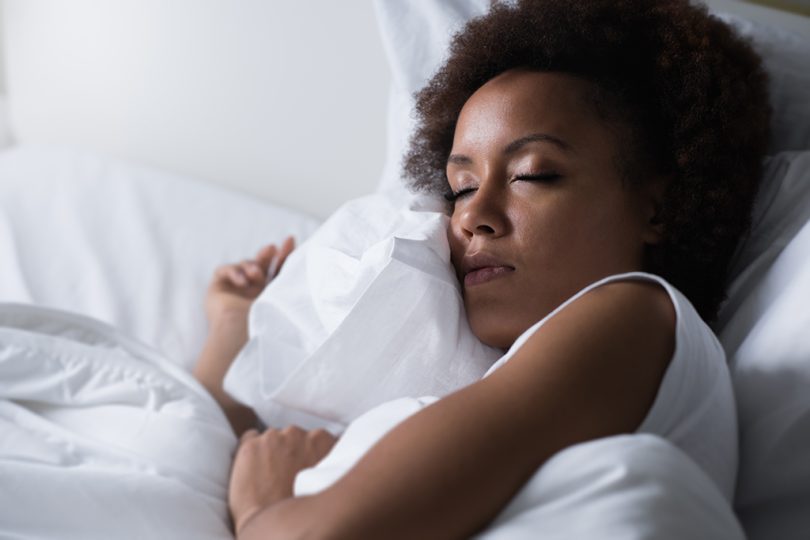 About 85% of Americans are living with sleep apnea, a condition in which breathing obstruction interrupts sleep. Not only can lack of sleep cause fatigue and contribute to a poor quality of life, but it can also have an adverse effect on others.

The Centers for Disease Control and Prevention (CDC) estimates 1 in 25 adult drivers have fallen asleep while driving in the last month. About 6,000 crashes each year are caused by driving while sleepy.

“For people with sleep apnea, it’s a struggle for them to sleep. They can’t breathe. They’re oxygen-starved and sleep-deprived, and that problem just compounds every night that they try to go to sleep,” said Penny Mehaffey, Lead Polysomnographic Technologist at Augusta University Health. “That’s one of the sad things about it – sleep apnea is something that can be treated fairly easily.” 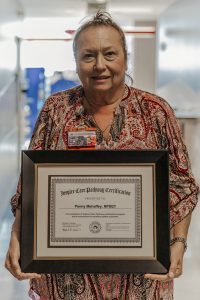 Penny Mehaffey holds her Inspire Care Pathway Certification. She is the first sleep technologist in the state to earn this certification.

Mehaffey recently received the Inspire Care Pathway Certification, an advanced certification for an implant that is a fairly new alternative to Continuous positive airway pressure (CPAP) therapy. She is the only polysomnographic technologist in Georgia to have earned this certification.

Inspire Care Pathway recognizes best practices in managing the sleep therapy following the implantation of the Inspire device. About four weeks after the device is implanted and the patient has healed from surgery, Inspire is turned on. Then, patients go through a series of follow-up appointments for about a year to ensure it’s working properly, and to ensure they’re using it properly.

Mehaffey is the primary technologist who works with patients during this process.

Traditionally, sleep apnea has only been treated by CPAP. In 2014, the Food and Drug Administration approved Inspire, a hypoglossal nerve stimulator. The device, implanted in the chin and below the collarbone, stimulates the tongue to move all night to keep the airways open. This reduces sleep apnea and improves quality of sleep.

AU Health began offering the treatment in 2017 and is nearing 100 implants. Notably, former Augusta Mayor Bob Young raved about the treatment in 2020, saying he struggled with sleep apnea for years but now he gets a great night’s sleep.

“It’s really kind of groundbreaking. We’ve had great success with it,” Mehaffey said. “The majority of our patients are very happy with it and say it’s been lifechanging for them.”