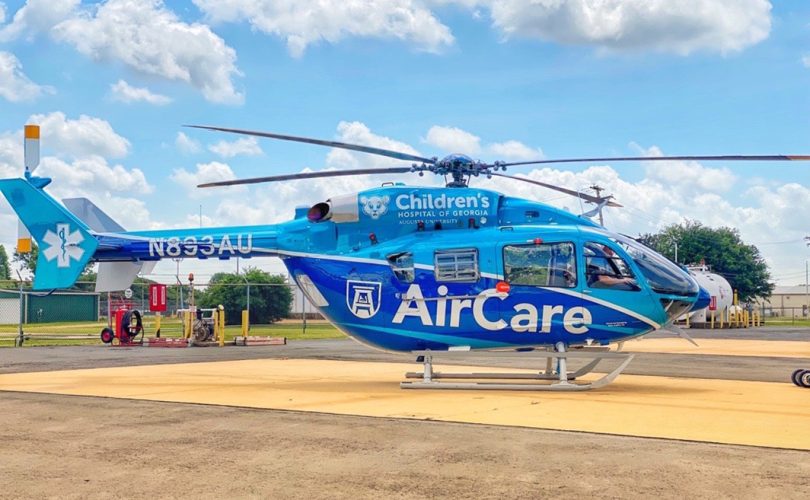 AirCare at Augusta University Health recently celebrated the one-year anniversary of its maiden flight. It is the only hospital-owned air medical program in the area, and the only twin engine/Instrument Flight Rules (IFR) program in the state. The air emergency program allows highly skilled clinical teams to provide lifesaving specialty care while in flight from an emergency scene or from another medical center. The crew has transported patients from as far away as Gainesville, Fla., to Augusta University Medical Center. 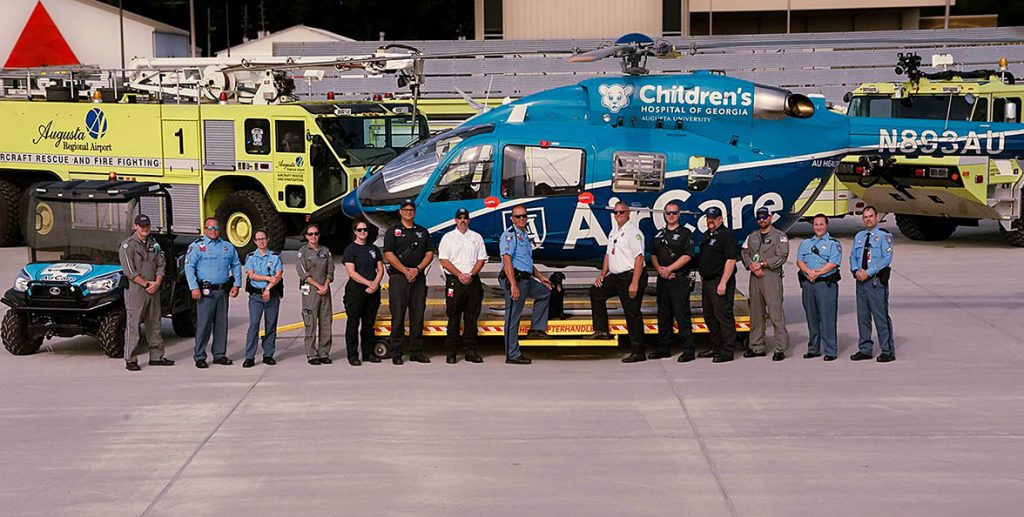 AirCare crew members pose at Augusta Regional Airport, where the helicopter is housed when not in service.

Every crew member has advanced medical certification, and 90 percent are certified in flight specialty. In November, the team attended the Air Medical Transport Conference in Fort Worth, Texas, where crew members Michael Bisnett and Jason Herman demonstrated excellence in a clinical challenge competition by taking first place.

When every second is critical, AirCare provides not only fast transport with in-flight specialty care to the area’s only Level 1 Trauma Center, it also improves access to Children’s Hospital of Georgia for children and infants across the state. 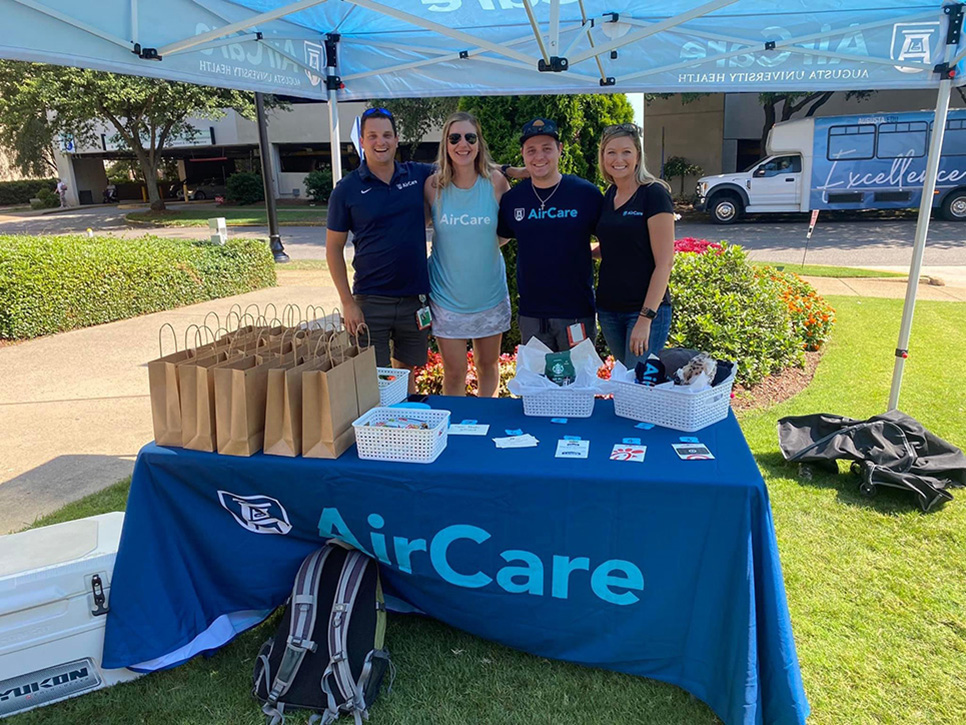 Members of the AirCare team celebrated the program’s one year anniversary with a blood drive and booth at Children’s Hospital of Georgia.